LAS VEGAS. December 1, 2021.– Allegiant (NASDAQ: ALGT) and Viva Aerobus today announced plans for a fully-integrated Commercial Alliance Agreement, designed to dramatically expand options for nonstop leisure air travel between the United States and Mexico, while lowering fares to make travel more accessible and affordable for residents of both nations. The alliance is not only the first such venture for Las Vegas-based Allegiant and Viva Aerobus, but is also first-of-its-kind in the airline industry between two ultra low cost carriers (ULCCs).

Allegiant and Viva Aerobus have submitted a joint application to the U.S. Department of Transportation (DOT) requesting approval of and antitrust immunity for the alliance. Allegiant will also make an equity investment of $50 million in Viva Aerobus, and Allegiant Chairman and Chief Executive Officer Maurice J. Gallagher, Jr. is expected to join the Viva Aerobus Board of Directors. The transactions are also subject to clearance by the Mexican Federal Economic Competition Commission. 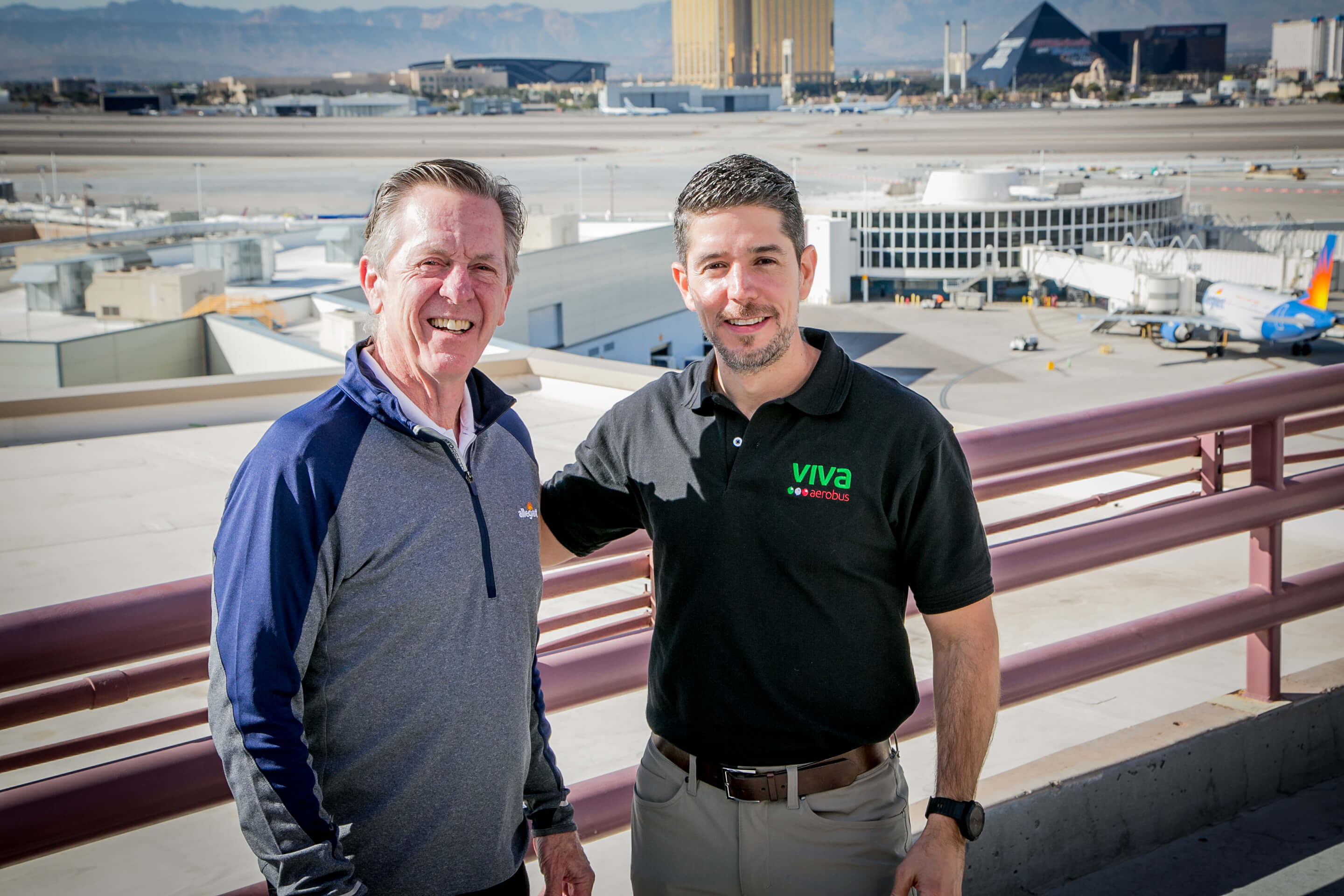 Combining the unique product offerings, networks and market experience of two of the world’s fastest-growing ULCCs, the alliance will achieve important public benefits that neither Allegiant nor Viva Aerobus could provide independently.

“Allegiant and Viva Aerobus operating together will be a tremendous win for consumers seeking affordable, nonstop travel between the U.S. and Mexico, and will create rippling economic benefits for hospitality sector business across both nations,” said Allegiant’s Gallagher. “This groundbreaking alliance should reduce fares, stimulate traffic, and ultimately link many new transborder cities with nonstop service. In short, it will bring meaningful ULCC competition to the U.S.-Mexico market for the first time in history.”

“The U.S. - Mexico market is currently the largest international air travel market in the world; during the pandemic it has outperformed any other market due to a strong leisure and VFR (Visiting Friends & Relatives) recovery where both Viva Aerobus and Allegiant have excelled,” said Juan Carlos Zuazua, chief executive officer, Viva Aerobus. “This unique ULCC alliance will create new non-stop connectivity and more competition, strengthening the immense Hispanic VFR market and offering amazing holiday get-aways for residents of both nations.”

The only U.S.-based airline focused entirely on leisure travel, Allegiant currently offers nonstop service to more than 130 cities across the country. It does not currently serve Mexico. Monterrey-based Viva Aerobus offers extensive intra-Mexico service, as well as nonstop flights from Mexico to key destinations in the U.S. and Latin America. The Alliance Agreement will afford Allegiant the opportunity to broaden its travel offerings to include new world-class vacation destinations such as Cancun, Los Cabos and Puerto Vallarta, Mexico. At the same time, Viva Aerobus will have access to Allegiant’s distribution network and point-of-sale process, growing its U.S. customer base.

The alliance will also enable Viva Aerobus to add routes in the United States - particularly underserved or untapped-to-Mexico markets where Allegiant has a significant presence such as Las Vegas and several cities in Florida -- very popular destinations for Mexican tourists.

A fully-integrated and immunized alliance will afford Allegiant and Viva Aerobus coordination across all areas of airline operations - including code-sharing, scheduling, marketing, information systems and loyalty programs, providing seamless access and benefits for customers of both airlines.

The alliance is anticipated to add new transborder routes and nonstop competition where currently only connecting service is available. More than 250 new potential route opportunities have been identified as part of the DOT application, though specific routes targeted for service will be announced at a later date, following the application’s approval.

Allegiant and Viva Aerobus currently expect to offer flights under the alliance beginning in the first quarter of 2023, pending governmental approval of the application. Per national requirements, Allegiant and Viva Aerobus will in parallel file for alliance approval with regulatory authorities in Mexico, including with the Mexican Federal Economic Competition Commission.

Las Vegas-based Allegiant (NASDAQ: ALGT) is an integrated travel company with an airline at its heart, focused on connecting customers with the people, places and experiences that matter most. Since 1999, Allegiant Air has linked travelers in small-to-medium cities to world-class vacation destinations with all-nonstop flights and industry-low average fares. Today, Allegiant's all-Airbus fleet serves communities across the nation, with base airfares less than half the cost of the average domestic roundtrip ticket. For more information, visit us at Allegiant.com. Media information, including photos, is available at http://gofly.us/iiFa303wrtF.

Viva Aerobus is Mexico’s ultra-low-cost airline. It started operations in 2006 and today it operates the youngest Latin American fleet with 52 Airbus: 40 Airbus A320 and 12 Airbus A321. With a clear vision to give all people the opportunity to fly, Viva Aerobus has democratized the airline industry with the lowest fares in Mexico and the lowest cost structure in America, making their flights the best value offer. For more information please visit: https://www.vivaaerobus.com/en-us/.