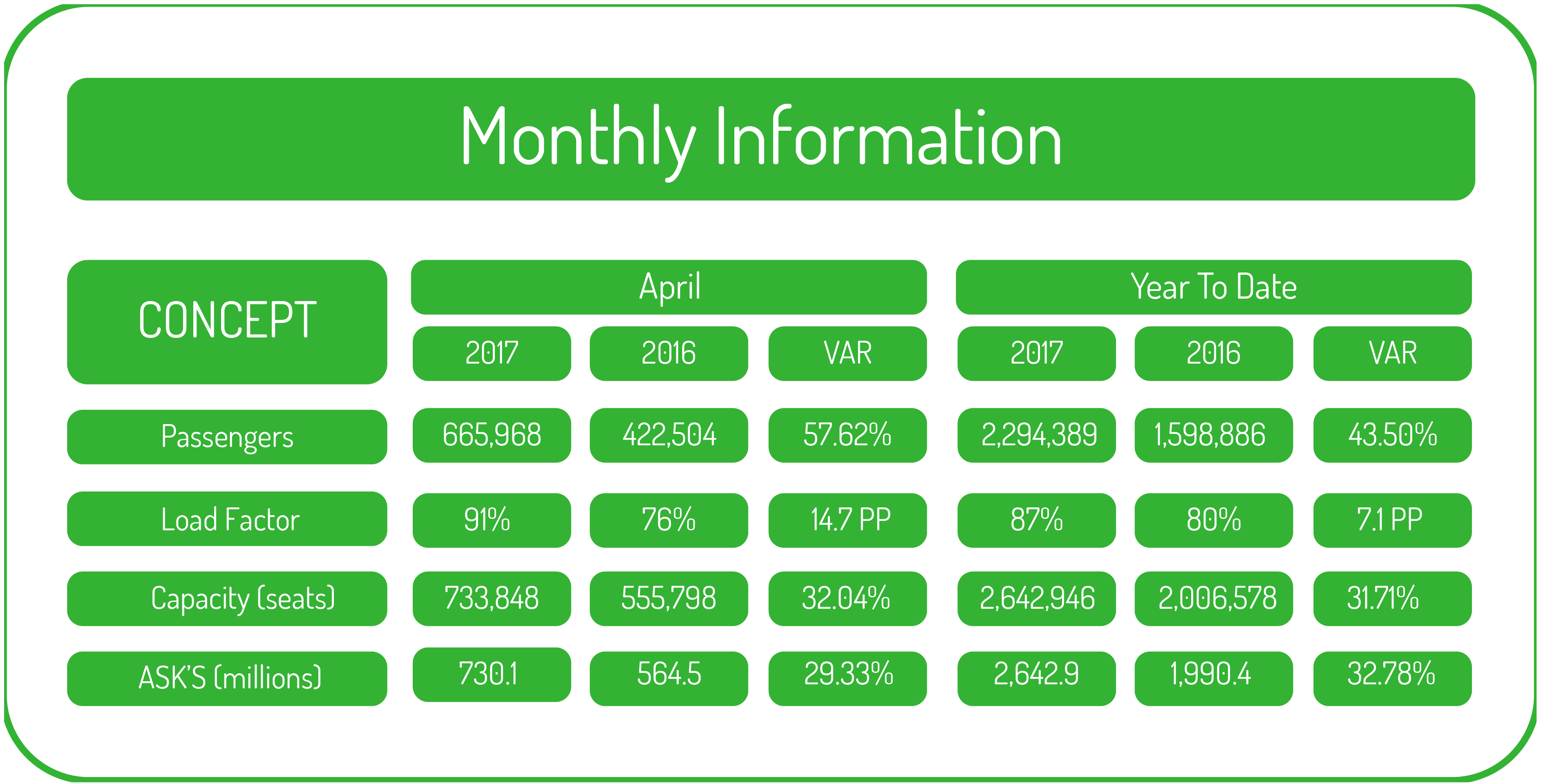 Viva Aerobus is Mexico's low-cost airline. It started operations in 2006 and today operates the youngest Latin American fleet with 21 Airbus 320, including two A320neo on 60 routes and 27 differ-ent destinations. With a clear vision to give all people the opportunity to fly, Viva Aerobus has de-mocratized the airline industry with the lowest rates in México and the lowest costs in Latin America, making their flights the best value offer.